Pilgrimages
Our study pilgrimages vary between 8 and 14 days, offering distinctive and transformative features that make them ideal for personal, parish and diocesan programs. This section includes descriptions and links to dates and fees for each Pilgrimage. 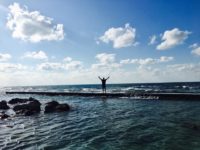 The Footsteps of Jesus study pilgrimage which lasts for 10 days, invites participants to become pilgrims who follow the journey that Jesus and his first disciples made through the Holy Land. Its focus is more devotional than the longer Palestine of Jesus course, while still covering all the major sites.

The course aims to lead its members to be struck anew by the power of Jesus’ teaching and healing ministry, to experience both the joy and the sorrow of his journey to the cross, and to encounter the risen Christ at his tomb and in breaking bread together at Emmaus.

Mini-lectures prepare pilgrims for site visits and explore the geographical contexts of Jesus’ ministry.  The course also integrates contextual biblical study with theological and spiritual reflection, reflects on contemporary issues in Israel and Palestine, and encounters the roots and traditions of the Christian faiths of East and West.  All activities are rooted in prayer.

While the details of every programme vary depending on local circumstances and dates, the course typically visits the following places:

Description of Level II Courses in 2020

Level II courses are designed to provide new experiences for those pilgrims who have made a first visit to the Holy Land and to serve first-time visitors by providing an unusual introductory pilgrimage.

These courses will include sites that have been recently renovated or reconstructed, places that are newly-discovered, and some well-loved holy cities that pilgrims want to return to on each trip.

Level II courses will include most of these sites, but the College cannot guarantee that every Level II course will include them all.  Site opening dates, religious and national hoidays, course length, and the start day of the week all determine visit possibilities.

Sites usually visited on St. George’s courses that have undergone recent restoration or renovation in the past three years:

Extensive restoration of the Tomb of Christ and new dome paintings in the Chapel of St. Helena have brightened the church and revealed exciting new information about the first Constantinian construction c. 330 AD.

Church of the Nativity, Bethlehem

A restoration project costing 20 million dollars had led to two new discoveries, a fine mosaic of an angel in the nave and a baptismal font from the earliest church, likely 4th century (not yet open to view, but we hope).  The columns and capitals are a lovely pinky-beige after deep cleaning, which revealed Crusader-period graffiti.  The wall mosaics have been cleaned to a golden shine and floor mosaics of the 4th century church have been restored, with different sections on view each day.  Mosaics around the 4th century octagonal walkway around the cave are often displayed.   The overall effect is of a very different church, lighter and more expansive.

Sites sometimes visited on recent St. George’s College courses, but not on all:

This small Greek Orthodox church entered through a tiny door off Christian Quarter Road, has recently been fully restored.  The icons have been cleaned and there are plans to open the undercroft with its remains of Jerusalem’s earliest church from the 4th century.

On Level II courses we will walk through the dry tunnels of Warren’s Shaft and visit the excavations of Israelite housing from the 8th century BC.  New underground excavations have opened the Pilgrim’s Way from the Pool of Siloam to Robinson’s Arch at the Temple Mount southwest corner.

It is now possible to walk underground from the Western Wall to the northwest corner of the Temple Mount, ending at the Struthion Pool under the Sisters of Zion convent.  This is a fascinating look at the amazing construction of Herod’s temple retaining wall with the largest stone of his complex:  610 tons!

This fortress palace built by Herod the Great lies near Bethlehem.   Excavations from 2007 to the present have revealed his monumental tomb, the great staircase up the mountain, and Herod’s family theater with delicate frescoes in the royal box.

While some courses at St. George’s College have visited Nablus and the Church of the Samaritan Woman at Jacob’s Well, many have not.  On Level II courses we will see not only this church, but visit ancient Shechem/Tel Balata in Nablus and also the town of ancient Samaria to the north, where extensive remains give an insight into 8th century BC Israelite royal life and vistas across the hills of Samaria yield long-distance appreciation of the landscape to the Mediterranean.

This Roman city lies just 5 miles northwest of Nazareth.  Extensively excavated since 1987, the city now displays its high-quality mosaics, a 5th century synagogue, a villa with an indoor pool, and finely paved streets.  The city grew greatly in the 1st century AD and may have been a place Joseph of Nazareth—and even Jesus—went to ply their trade as builders.

An ancient town on the shore of the Sea of Galilee. It is thought to be the home town of St Mary Magdalene and a place with which Jesus would have been very familiar. Recent excavations have uncovered an ancient synagogue and one of the only synagogues to have been found that was built before the destruction of the Temple. There is also a beautiful new church built there celebrating Jesus’s ministry in the around the Sea of Galilee.

Peter offered his confession to Jesus in the area of this pagan Roman town:  “You are the Christ, the Son of  the living God.”  The source of the Jordan River springs from the cliff here, and a short hike to ancient Roman ruins can be made.  The Crusader town is being exposed by continuing excavations.

Once the largest ancient monastery in the land, Kursi was founded at the place hwere tradition held Jesus drove the demons out of Legion into the swine.  The beautiful Byzantine monastic complex features a large church with lovely mosaics and side chapels and other rooms typical of such monasteries.   A short hike up the hill to the ancient chapel affords a marvelous view over the Sea of Galilee.

One of the Greco-Roman cities of the Decapolis (the league of ten cities mentioned in the gospels), Hippos, now an Israeli national park, is being extensively excavated and a new church mosaic of loaves and fishes was found in summer, 2019.  Our visit to Hippos will include driving through the Golan Heights and a visit to  the ancient village and synagogue at Katzrin.

Monasteries of St. Euthymius, the Martyrion, Monastery of the Cross, the Lavra of Str. Gerasimos, and St. Saba

These monasteries of the Judean Wilderness ring the holy cities of Bethlehem and Jerusalem.  We’ll do a day of “monastery crawling,” learning about the religious, social, and cultural place of monasteries in the Byzantine period and what recent research has revealed about the people buried in their cemeteries.

This museum in West Jerusalem houses a marvelous collection of Islamic fine art, ritual objects, manuscripts, and household items.  A scholar of Islamic arts will guide us through parts of this fine collection, giving us eyes that will better appreciate Islamic traditions as we travel throughout our pilgrimage.

Major cities of the Byzantine period in the Negev Desert, these sites are remarkably preserved (some buildings up to their roofs) with numerous churches important for the understanding of early church architecture and liturgical practice.  St. George’s College courses have not recently ventured into the southern deserts, and this day will include a stop in Beersheva and, possibly, at the Constantinian church remains at Mamre.

Other places that may be included on Level II pilgrimages:

A 5th century synagogue with a splendid mosaic floor and zodiac

Extensive, walled Crusader city with the finest Crusader architecture of the land

A city of the Decapolis, excavated to reveal the massive Roman theater and city center of the Roman and Byzantine periods.

Herod the Great’s harbor city on the Mediterranean Sea with its hippodrome, theater, seaside palace

An 8th century palace of Islamic rulers with renowned mosaics

Twelve stained glass windows by Marc Chagall on the twelve tribes of Israel.