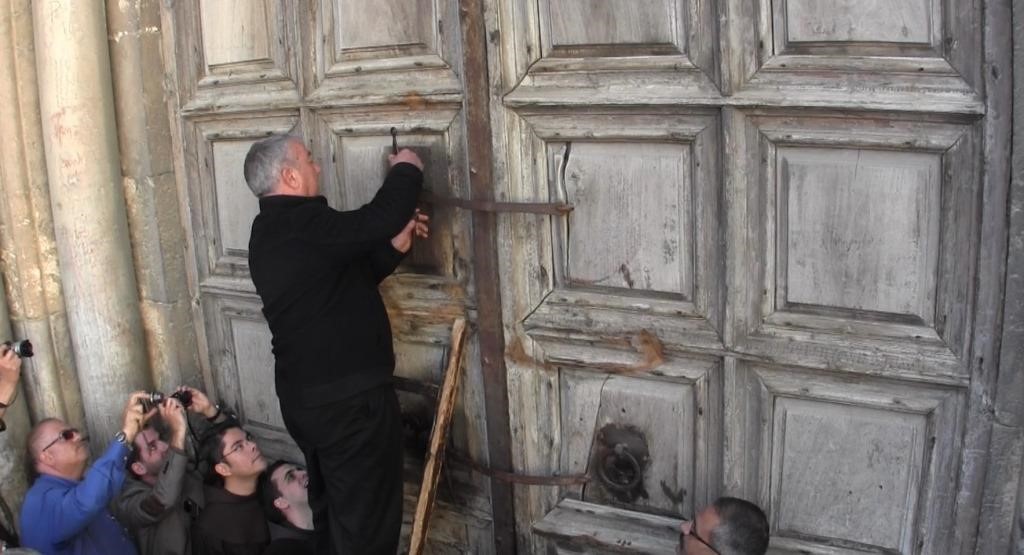 Yesterday, Sunday February 25, the Heads of the Churches of Jerusalem closed the Church of the Holy Sepulchre. For the first time in decades, in an act of solidarity the doors were locked at noon in protest to recent actions initiated by the Mayor of Jerusalem by which various church accounts have been frozen, millions of dollars in property taxes levied against 887 church and UN properties, and a bill brought before the Knesset that is said to open the way for permissible church property expropriation. All of which is being felt as a sudden precipitous threat to the Christian presence and ministry in this land as not seen in the 70 years of this State.

Last night it was my privilege to be invited by Archbishop Suheil Dawani to a dinner hosted at our Cathedral Close which welcomed Theophilos III, the Greek Orthodox Patriarch who presided earlier that day over the closing of the Church of the Holy Sepulchre. It was a stirring evening as he and our Archbishop spoke in strident terms of the challenge they, and the churches of Jerusalem, are facing in this moment. The Christian community in this city stretches back across 20 centuries of worship, ministry and service in the name of Jesus Christ, and no one can say where this will lead.

At this hour only the Guardian, in Western press, appears to be reporting the closing of the Holy Sepulchre. https://www.theguardian.com/world/2018/feb/25/jerusalem-holy-sepulchre-church-closes-tax-protest-israel

The Middle East Monitor, in an article on February 2, 2018 drew dots between these developments and the pronouncement made by President Trump in December. “US President Donald Trump’s decision last month to recognize Jerusalem as the capital of Israel has encouraged the Israeli government to annex large swathes of the city and force its laws on it.” https://www.middleeastmonitor.com/20180202-israel-imposes-taxes-on-church-un-properties-in-jerusalem/

I should tell you that one of the two accounts of the Episcopal Diocese of Jerusalem that was frozen by the Israeli government earlier this month was one of our smaller College accounts. The College is able to function and pay our staff. Courses are thriving.

Pray for us, as we pray for you in your witness to the living Christ.